There are three key steps to ensuring a legal guardian is in place should the worst happen. Find out what they in the following article by Marianne Wiesenthal, contributor with Today’s Parent.

My daughter was three months old when a sudden panic set in. What if her dad and I died? Where would she live? Who would rub her back in that special way to help her fall asleep? Most important: Who would ever love her as we do?

In those bleary-eyed days of big decisions—breast versus bottle, coddle versus cry it out—my husband and I could barely decide on dinner, let alone who would raise her if something happened to us. She was six months old when we finally started considering it and realized we had no obvious candidates. Ideally, we wanted someone who lived nearby, knew our families and shared our values about education and lifestyle. In reality, our only options were stepsiblings and cousins who lived far away or who didn’t know our daughter well. We spent months discussing it with no clear solution.

For many parents—even those not so new, as it’s fairly common to put it off for years—choosing a legal guardian (someone appointed to take care of your children if both parents die) is rife with complexities and tricky family politics. Yet, in the worst-case scenario, it’s the most important decision you’ll ever make. Here’s how to get it done.

Step 1: Make it official
To put it bluntly, the only way to ensure your kids are taken care of by someone you trust is to get your affairs in order. First off, you need a will, says Adrienne Swift, a wills and estates lawyer in Toronto. “The guardian clause in your will puts someone in a legal position to take immediate charge of your children, determine where they’ll live and make decisions for them in the first 90 days after you die,” she says. During this time, your guardian will have to apply to the court for permanent custody. “But it’s very unlikely the court will second-guess your choice.”

If no guardian is specified in your will, things can go one of three ways. Typically, a family member or friend comes forward and is appointed by the court, explains Swift. If there’s a custody battle, the judge will choose a guardian based on the best interests of the child. And if no one steps up? “Child Protection might place kids in foster care until a more permanent solution can be found.”

To make things as seamless as possible, Swift advises each parent (married or not) have his or her own will, but with an identical guardianship clause and give a copy to your guardian so they can act quickly if something happens to you. Finally, Swift suggests including a letter with the clause in your will, detailing your wishes around your kids’ education, religion, access to family members and anything else you think is important. It’s not legally binding, but it helps give your guardian some guidance.

Step 2: Make your choice
Of course it’s hard to visualize someone who might take your place. Start off by thinking of family and friends with whom you have a lot in common—though this might be harder than you think. “Trying to find a fit for values, geography and family connection has been a huge challenge,” says Zoe Anderson*. Her son is almost five, and she and her partner still haven’t settled on a guardian. “We’re comfortable with my sister-in-law, but less so with her husband and how he might parent a boy,” she says. “Plus, they live in the suburbs. We live a very urban life, and it would be a big change for our son. The other choice is my husband’s cousins, but they’re quite religious. Trying to find the happy medium has been really difficult. We’ve been putting it off, and I feel guilty.”

As you begin to consider options, it’s helpful to prioritize a few key questions. Carole Summers, a Montreal-based family psychotherapist, says the first thing to consider is your own parenting style. “Are you authoritarian, overly permissive or a firm-yet-flexible parent? You want someone who has a similar approach and who shares your values,” she says. “This kind of consistency will help your child carry on despite a loss.” Other obvious issues include geography and family connection. Once you have someone in mind, sit down together to find out if it’s something they would even consider. It’s a huge responsibility, so don’t ask them for an answer on the spot. “Let them be honest, and if they don’t feel they’re up for the job, there should be no hurt feelings,” says Summers.

“It’s nerve-racking to imagine your child being raised by someone else, but the most important thing is that they’re with someone who makes them feel loved and secure,” says Summers. That person might be a friend instead of a family member, but it should be a person your child knows. For many, grandparents are an obvious choice for guardianship, but Swift cautions against this if they’re quite old. “Consider their age and health,” she says. “It’s a long-term commitment, and the hardest thing would be for a kid to lose his parents, get re-established with grandparents and then five years down the road have to make another change if they pass away, too.”

Lisa Wisniewski didn’t even have children yet when she made a mental note to choose her cousin as her future guardian. “There’s no one else I would trust my two girls with. She’s been a role model for me, and she’s the one I model my parenting on now.” Thankfully, Wisniewski’s partner was on board with her choice—but that wasn’t the case for Tish Turner*, whose marriage was hugely strained by the guardianship discussion. She started bringing up the subject when their first child was six months old, but her husband wouldn’t even discuss it. “He wants our two kids to live with his parents in Asia, but I wouldn’t want to uproot them like that.” After months of fighting and no resolution in sight, Turner took the drastic decision to name her brother as guardian in her own will. “He lives nearby, and he’s financially comfortable. My husband still doesn’t know I did that. I feel dishonest, but I didn’t know what else to do.” It’s a contentious issue—if Turner’s husband went on to put a different guardianship clause in his own will, it would be up to the courts to decide.

When couples just can’t see eye to eye, Summers suggests taking turns voicing your feelings uninterrupted. “It’s one of those emotionally charged subjects that parents have to face. Quite often, some compromise can be found if you really listen to your partner.” But if you reach an impasse, it’s best to seek help from a trained counsellor or mediator, she says.

Step 3: Make your wishes known
With this kind of thing, you don’t want any surprises, so you need to let people know once you’ve made your choice. “I would advise parents to be honest,” says Summers. “Explain that you and your partner have thought very seriously about it, and you’ve made the choice for a specific reason, such as wanting them to go to a family that has kids the same age.” You might also need to reassure those who aren’t chosen that you hope they would remain close to your child—and you can put this in writing in your guardianship clause. “Acknowledge people’s feelings, but stay calm and confident in your decision,” says Summers.

But what if that confidence wavers after a few years, and you wonder if you made the best choice? You can always change your mind and appoint a different guardian, says Swift. Summer advises revisiting your decision and keeping communication open. “It’s a good idea to review the agreement with your guardian every few years,” she says. “And be candid with one another. Relationships change, and your kids may become closer to other friends and relatives as they grow.”

In our case, it took witnessing an extended family member physically disciplining her daughter for my husband and I to make our own choice official—I just couldn’t stomach my child being treated that way in our absence and was afraid that if we didn’t get our wishes in writing, someone else might decide for us. We finally agreed on a family member in another city whose son is the same age as our daughter and who shares a similar outlook on parenting, lifestyle and politics. But most of all, they love our girl, and she loves them. We’re confident she would feel safe and supported if something ever happened to us—I just hope it’s a backup plan we never need.

* Name has been changed

Did you know?
When you pass away, you not only need a guardian to care for your kids, but also an executor to handle your estate. A lot of people appoint the same person, but it’s something that should be considered carefully. Your sister may be close to your kids but terrible at handling money. “These roles have very different goals—the guardian takes care of your child, and the executor provides financial assistance and preserves your assets,” says Adrienne Swift, a wills and estates lawyer in Toronto. “It doesn’t hurt to have two people looking after things, but you have to be very sure they will get along and work together.”

The cost of a will
Lawyers typically charge $350 to $1,500 to prepare a will, including the guardianship clause, and most general practice lawyers can do one for you. If you already have a will, adding the guardianship clause ranges between $150 and $500. Do-it-yourself fans should beware: “This isn’t the place to skimp,” cautions Adrienne Swift, a wills and estates lawyer in Toronto. “DIY kits can be problematic. If it’s not worded or executed right, it may not be valid.” 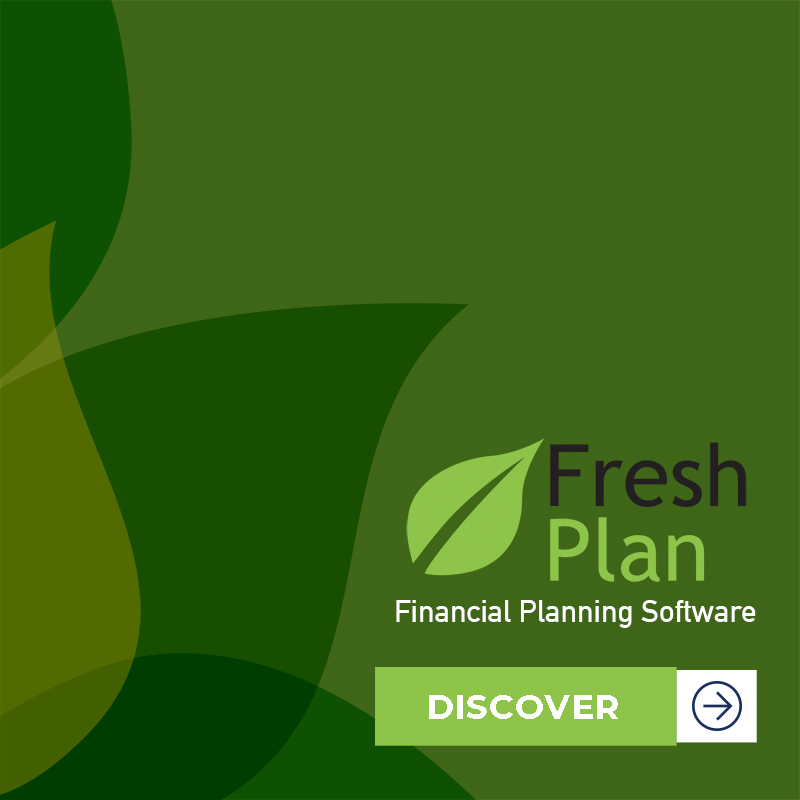 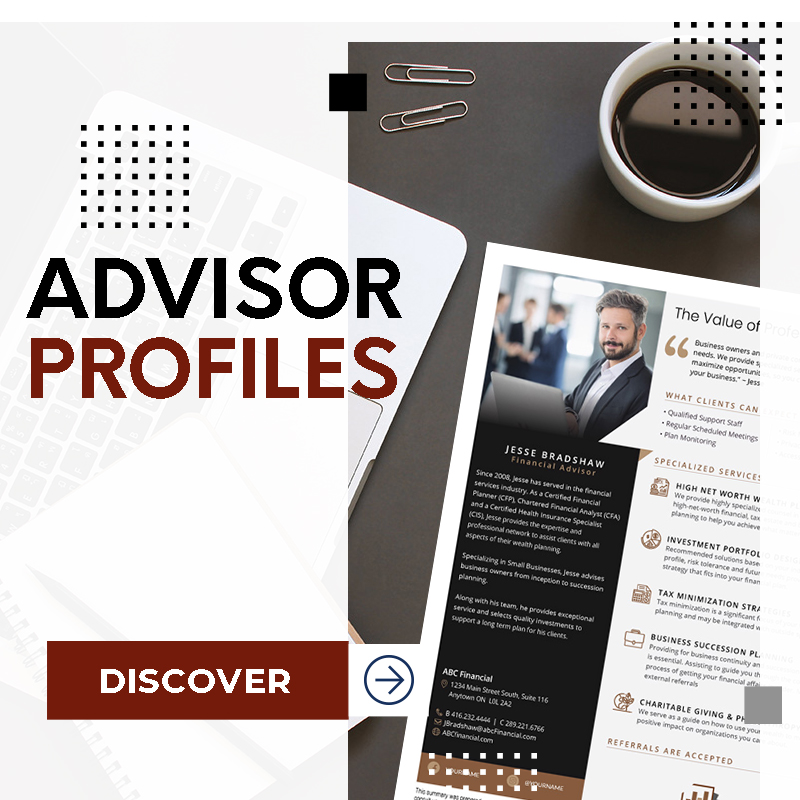 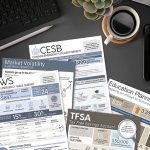 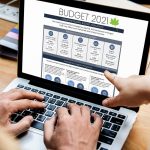 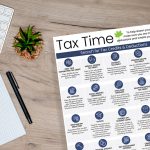